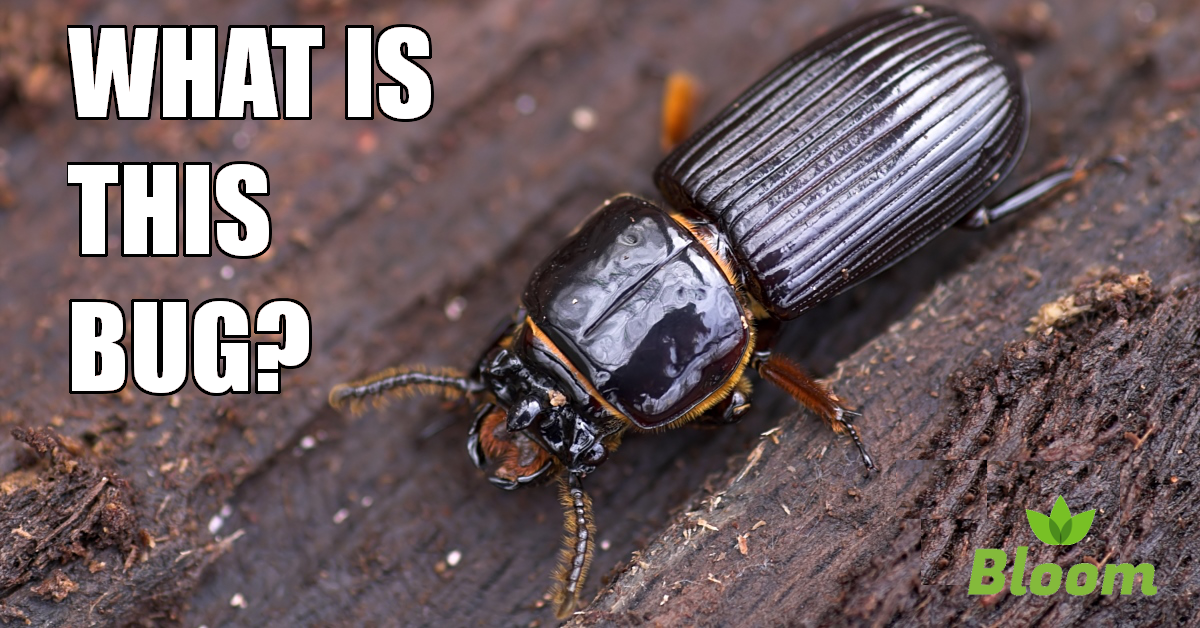 Ground beetles are critters that are very likely to end up in your backyard. Intimidating to look at, with their big heads and even bigger bodies, they’re indifferent to humans, but very dangerous to other bugs.

What is a Ground Beetle?

Ground beetles are a type of carabid beetle, that can range from 1/8 inch to 1 ¼ inch, and are one of 40,000 species you can find worldwide; 2,000 are in North America alone! The nocturnal variation (and most common) of this species is usually dark black or brown, and is the type that you’ll find under rocks and logs. The diurnal, or day active, come in pretty varieties of iridescent and bright colors. The nocturnal ground beetles are considered opportunistic feeders, meaning they find their food by randomly roaming about; the day active types rely more heavily on sight.

What do Ground Beetles do?

Ground beetles are very good at keeping the weed, insect, and slug population down; they eat their body weight every day and yet never seem to get fat. Some of their favorite foods are moth larvae, beetle larvae, weed seeds, mites, and every gardener’s least favorite guest, aphids! Their major feeding time is during the spring, so they keep these pests from becoming a problem before they hatch. 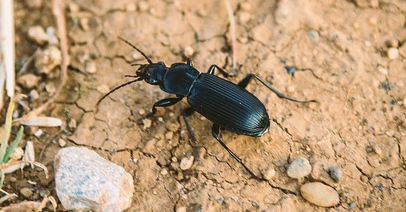 Life Cycle of a Ground Beetle

Ground beetles undergo complete metamorphosis and go through the typical four stages of this life cycle: egg, larva, pupa, and adult. A female is capable of depositing between 30 and 600 eggs at a time, and tend to go for covered places like under the top layer of soil. The larvae are born with limited mobility, making it hard to find food and making them easy targets for predators. Ground beetles are real mama beetles and provide care to their young when they have smaller litters, like egg guarding. The larvae will live entirely under the surface until they go through their change and emerge adults.

Though ground beetles are more helpful than harmful, they can still be a nuisance in the yard.  The best way to keep from overpopulation is by being proactive and getting rid of places they would like to hide, like leaf piles and rotting logs. If they get in the house, it’s easiest to just sweep them up with a dustpan and throw them outside.